When we are talking about sustainable mobility, we cannot avoid discussing about walking and cycling, the two most used non-motorised transport (NMT) modes. Here below the different stages of NMT development in different continents are analysed.

Europe is the heaven for non-motorised transport as it offers a high level of road safety for the users. NMT infrastructures actually did not exist until 1970s. In the Netherlands for instance, in 1950s the cities were built for cars. Fatalities in road accidents involving NMT users were increasing. Since then, it was realised that changes were needed to protect these road users.

Now we see typical European cities, where a vast network of footpaths and cycle ways is being part of carriageways. City centres are converted to a free car area. The most recent trend is that even public transport modes can only access the edge of the city centre, making the city centre completely dedicated to pedestrians and cyclists.

The US is where the Urban Planning was born in the 1900s. The zoning concept was used to differentiate land uses such as residential areas and business districts. There was no such mixed use, creating distances that could not be covered with NMT modes, making the cars the only option to travel. This is the history why Americans love their cars very much.

Until recently, even though the infrastructure is not yet as advanced as in Europe, cycling has started to get more room in the US. Cycle lanes have been popping up in many cities in the US, like Portland, Chicago and San Francisco, promising a positive shift towards sustainable transport. The same situation is also happening in South American Countries like Brazil and Colombia, which even already have a bike share system. 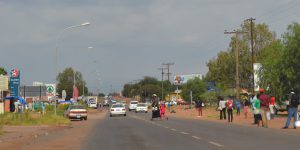 Walking is a basic demand in Africa, as most people cannot afford to pay public transport fares or a decent bike. Despite this, walking infrastructure is almost absent in many African countries. Pedestrians mostly have to walk on the same road as cars, making them vulnerable and account for a significant percentage of road fatalities.

With support of multilateral development banks, many initiatives to provide NMT infrastructures have been started in various African countries like South Africa, Botswana and Namibia. 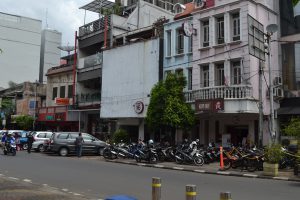 The situation in Asia is the opposite of that in Europe. Until 1990s, most Asian streets offered a pleasant environment for pedestrians and cyclists. Shops were located along the streets offering nice sightseeing and motorised traffic was less than the present. After the 1997 financial crisis, Asian countries like Indonesia, Vietnam and the Philippines, took off with rapid development. The stand out characteristic is an enormous amount of shopping malls and increase in vehicle ownership. These changed the face of what were once NMT-friendly areas, as the (small) shops cannot compete with the shopping malls.

Nowadays, for walking, there are few options beside in the malls. Sidewalks are very few if not non-existent. When they exist, they are overtaken by motorcycles, street vendors or used as parking place. 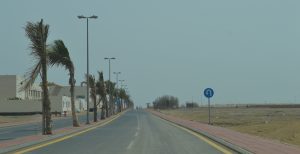 The Middle East has never had experience with NMT and it currently is at the beginning stage to promote it. There is no success story yet as the weather has been the biggest challenge. Furthermore, NMT as a low cost mode is not considered as an advantage due to the low oil price. More is needed to promote NMT in the Middle East, such as health and sustainability issues.

When it comes to non-motorised transport, Europe has already been the front-runner in the last decades. The problems faced by the European countries are therefore more advanced, such as insufficient capacity of bike parks. Countries in America and Africa are currently at the stage of developing proper and safe NMT infrastructure and facilities. Whilst, Asia and the Middle East have not yet given a priority for non-motorised transport.